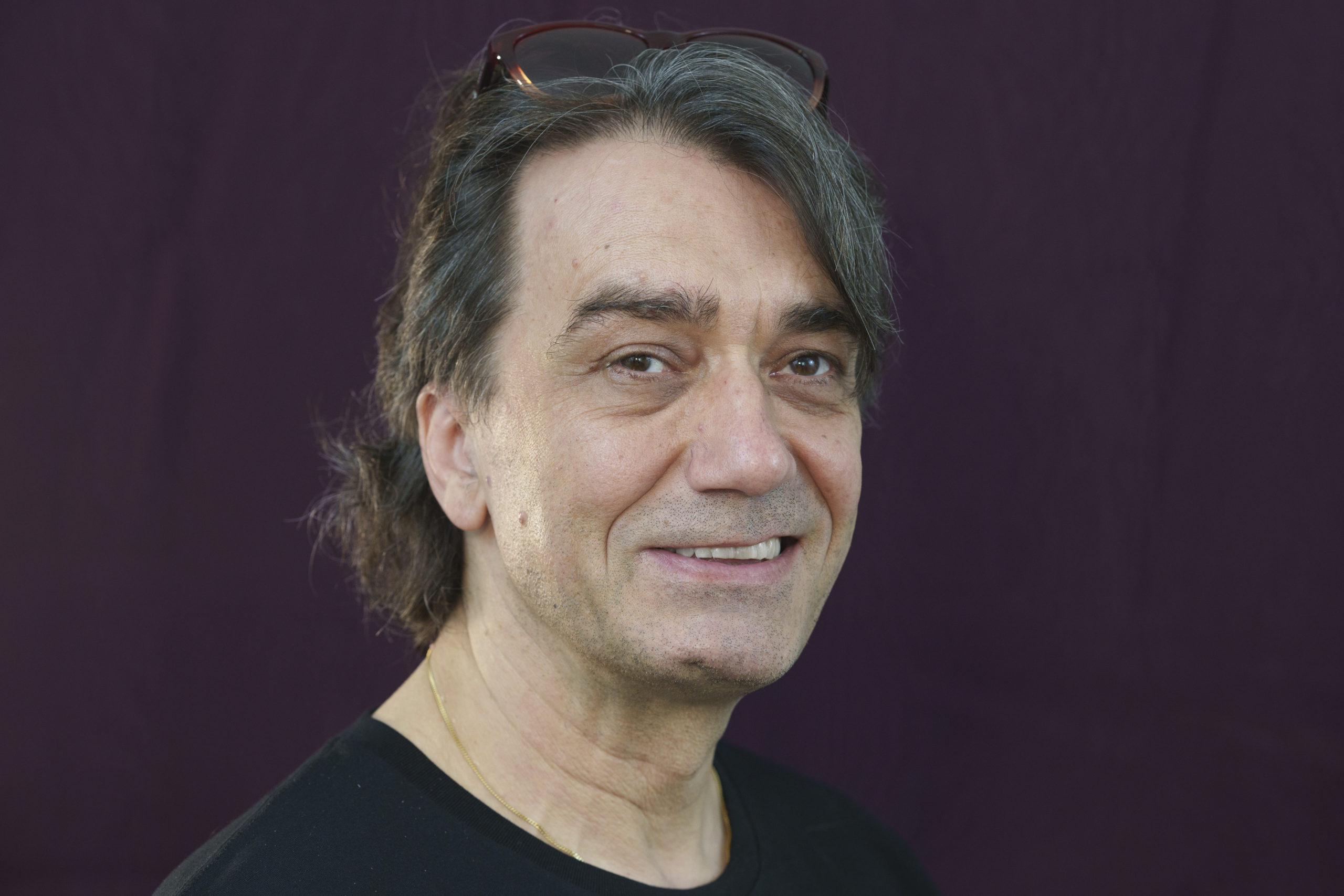 Christophe Bovet is a baby-boomer, born in the mid-sixties. As a result, when he started seriously playing the guitar age 15 he has the necessary hindsight not to let himself be over impressed by this decade’s famed tremendous musical production.

He was constantly practicing his skills but also his tastes, forging himself a musical identity both very eclectic and very rigorous. Christophe Bovet  soon found himself in a properly extraordinary position : more open to artistic explorations than most of his peers, he could as easily be found playing proudly in a jazz big band as jamming with some hairy dudes at the back of a smoky bar (they all were at the time!), roaring in the hellish flames of wock’nwoll.

This insatiable curiosity is the key to his career. You end up finding him everywhere : in the emblematic funk project Bee Bee Honey, from the start of the 90s with  Madame Tiza Brown – 3 records including one  “made in L.A” – contributing to many other records, film soundtracks, TV adverts, and as much live music as he can do including a tour in Africa with Florence Chitacumbi and an apparition in 2006 on the Montreux Jazz stage next to B.B. King, Lee Ritenour et Solomon Burke.

He is also a producer/Et puis il y a le producteur/multi-instrumentalist. Because he so often finds himself on both sides of the console, Christophe Bovet developed a rare talent : he can basically play, record and mix anything. He can be found – amongst others – as a mixer on Tiza Brown’s 2015 album “Hybrid Soul”. More recently he has decided to let his guitar lead the way more than ever before : he plotted “Wooze Dat”, a UFO he’s created with an old friend. This “thing” came out as a CD at the start of 2019 under the name Bovax/Lipo.